January 30, 2020, Suzanne F. Stevens receives the Sovereign’s Medal for Volunteers awarded by the Governor General of Canada, Canada’s highest volunteer honour, for her dedication to amplifying the voices of African women. 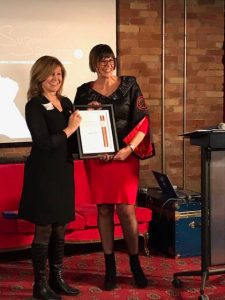 Suzanne founded the YouMeWe Foundation in 2007 and raised funds for 26 tertiary education scholarships for women leaders in Africa. She traveled through 17 African Countries and interviewed 70 African women pioneers for WisdomExchangeTv.com to educate and inspire future leaders. The award also recognizes her for service as the national president of the Canadian Association of Professional Speakers (CAPS).

Suzanne received the medal from a fellow award recipient Ruth Douglas, founder of Fifth Story and News Canada. Ruth and Suzanne’s passion for educating future women leaders in Africa ignited on their first trip to Kenya in 2007, where they learned the power of education to transform the lives of women, their families, and their communities. 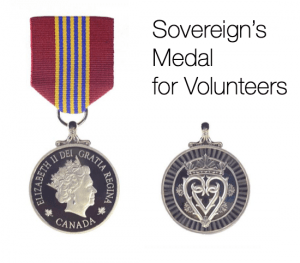 Suzanne was privileged to receive the award at the launch of her book: Make your contribution count for you, me, we. An evolutionary journey inspired by the wisdom of pioneering African women.

This article was originally posted on YouMeWe.ca.

You're invited to join the conversation ... and please tick the box below to share your comments on Facebook!
Girls education Suzanne F. Stevens volunterism

In this short presentation at the CCAfrica’s African Women Trade & Investment Opportunity Conference, Suzanne F. Stevens shares after interview 70+ African women pioneers, why African women are the best investment and their leadership attributes.