About two weeks ago I hosted a family of nine from the USA. After their Maasai Mara safari, they decided to make a stop-over at slums in Nairobi, laden with token gifts to hand out. They distributed school shoes to impoverished children then met a micro-credit group consisting of women with microcosmic businesses. Finally we visited with a woman whose project to empower girls has attracted the attention of an American sports’ equipment manufacturer (Nike) who has donated a large grant for her work.

Over the course of the day, this apparently wealthy family displayed motions I have seen on similar short-term groups. Reactions range from ecstasy at gifting the poor to emotional paralysis at the faces of overwhelming poverty throughout the slums. Perennial questions are always asked: “How long have these conditions existed?” “Aren’t there any long-term solutions?” I tried to explain the mechanisms of slum poverty and donor aid, how so many NGOs have been there done that, government programs started and stalled, poor’s perspectives of their situation. Though I soon realized they weren’t asking for a rationale and were perhaps a little disappointed that their gesture of charity wouldn’t go very far in resolving the long entrenched issues.

Like this family, many thoughtful, well-intentioned people have wrestled with questions relating to the crises in Africa. I agree with others who conclude that the complex issues require not just direct efforts such as feeding programs and micro-credit groups. Those who have the capacity need to be brought together in focused and concerted efforts to set things right. Many constituents are already on the ground attempting to eliminate or at least alleviate hardships. These include governments providing resources and infrastructure; businesses like banks, communication companies and multinational corporations contributing through their businesses and corporate social responsibility; and international organizations raising funds to intervene in humanitarian ways. Yet all these efforts fall short in that they are not focused enough to create large scale and sustainable value.

I hope to be an overarching voice to all of those are interested, positioned and vested to contribute to Africa’s welfare, to challenge them to align their goals towards effective solutions.  My dreams are based not only on intuition and theory, but also on personal experience with a community based organization, Mavuno Church. Mavuno’s plan of action, the Mavuno Marathon is intended to inform, challenge and mobilize the middle class into a critical mass with sufficient collective power to engage all sectors of society namely business, media, family, politics, environment and church.

From my staff involvement with Mavuno and its sister church Nairobi Chapel, I know that in five to ten years, I will write, speak and work among audiences that will effect change at both the macro-oriented policy level and micro-focused practice level. As someone who is passionate, knowledgeable and in touch with the realities of different tiers of society, I will offer leadership in integrating three key areas. One in generating ideas for development, two in harnessing partnerships of key stakeholders (communities, government, corporate sector and international partners) and three in problem solving leadership.

However, to achieve these goals I need additional training at a post-graduate level. To raise funds for the studies I require the support of a stakeholder who is interested in Africa’s progress, more so a partner who believes that educating African women at the post graduate level will have far reaching outcomes on the entire continent. I do believe that Ignite Excellence Foundation is that partner, and therefore I request you to come alongside me to help me build my capacity to impact Africa. Together we can do more towards realizing a whole and healthy Africa in the 21st century. Thank you.

You're invited to join the conversation ... and please tick the box below to share your comments on Facebook!
Donating to Africa Future women leaders Scholarship recipient

Suzanne F. Stevens ignites leaders & entrepreneurs to cultivate cultures of community conscious-contributions™. Suzanne F. Stevens is a Certified Speaking Professional (CSP). The CSP is the only earned professional designation for speakers recognized internationally by some 15 speaking associations serving members in over 20 countries. Internationally, only 15% of speakers have earned this designation. Suzanne is one of only sixty-three Canadians who currently hold this designation for speaking excellence. Suzanne F. Stevens is a social entrepreneur, professional speaker, pioneer, host, philanthropist, and soon to be an author. In 2016, thirteen years after founding and leading the Ignite Excellence Inc. Group as President and CEO, she rebranded the organization to The YouMeWe Group. Previously she focused on influencing, differentiating and engaging more people and more business. The YouMeWe Group's primary focus is celebrating, cultivating and co-creating conscious contributions™.

A Foundation Graduate invest in the poor & the environment

A Foundation Graduate invest in the poor & the environment

A New Lease on Life 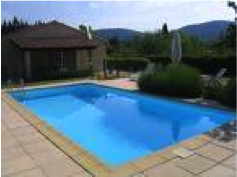 A New Lease on Life

In this short presentation at the CCAfrica’s African Women Trade & Investment Opportunity Conference, Suzanne F. Stevens shares after interview 70+ African women pioneers, why African women are the best investment and their leadership attributes.